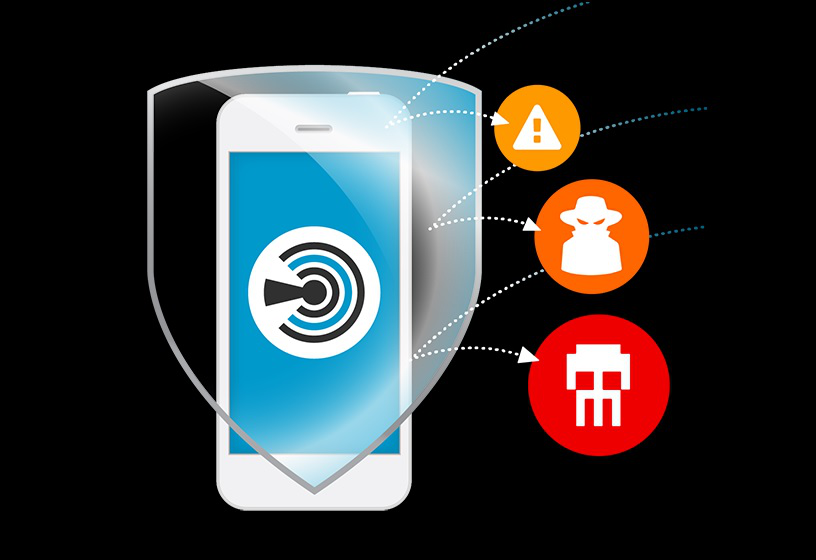 In 2019, cyber-attacks are sophisticated and deceptive than ever. They move discretely and seamlessly between vectors, while targeting organizations of all sizes. Advanced security strategy is required for countering aggressive threats. We monitor user behaviour, servers, IT Infrastructure devices, cloud, network, and leverage real-time threat intelligence from various intelligence platforms to prevents attacks and keep business operations run smoothly but we know threat actors will always exploit weak links which are least protected.

Some of the lenient, universally overlooked targets are your mobile devices. While granting your staff access to company information via mobile which can be Enterprise Mobile Device or BYOD has many benefits but it also exposes your business to great risks. New threats on mobile platforms are being discovered all the time.

In addition, traditional attacks like man-in-the-middle attacks over public WIFI’s and smishing attempts over SMS are being used in the wild to steal sensitive information such as emails, texts, photos, attachments and calendar appointments. They can even trigger sound recording, capture photo at any time once the device gets exploited even after leaving the compromised network the device was once connected to. As a result, Android and iOS mobile devices must include a threat defense solution to prevent advanced cyber-attacks. This technology protects the users, Enterprise Infrastructure, operating systems, apps without impacting device performance or user experience.

To protect against OS vulnerability exploits the use of both static and dynamic techniques are required to monitor all configuration changes at a device’s root level and the use of a behavioral analysis engine to detect unexpected user and system behaviors. Prevention of malware delivered through fake apps should include a solution that captures apps as they are downloaded, and runs each app in a virtual environment to analyze its behavior.

In addition to other variables, it should aggregate and correlate intelligence about the app’s source and reputation of the app’s servers as well as reverse-engineer the app for code-flow analysis. In sum, mobile malware is no longer rare. Organizations should protect their mobile devices just as they do with endpoints and network, and not leave themselves exposed to potentially throbbing attacks.